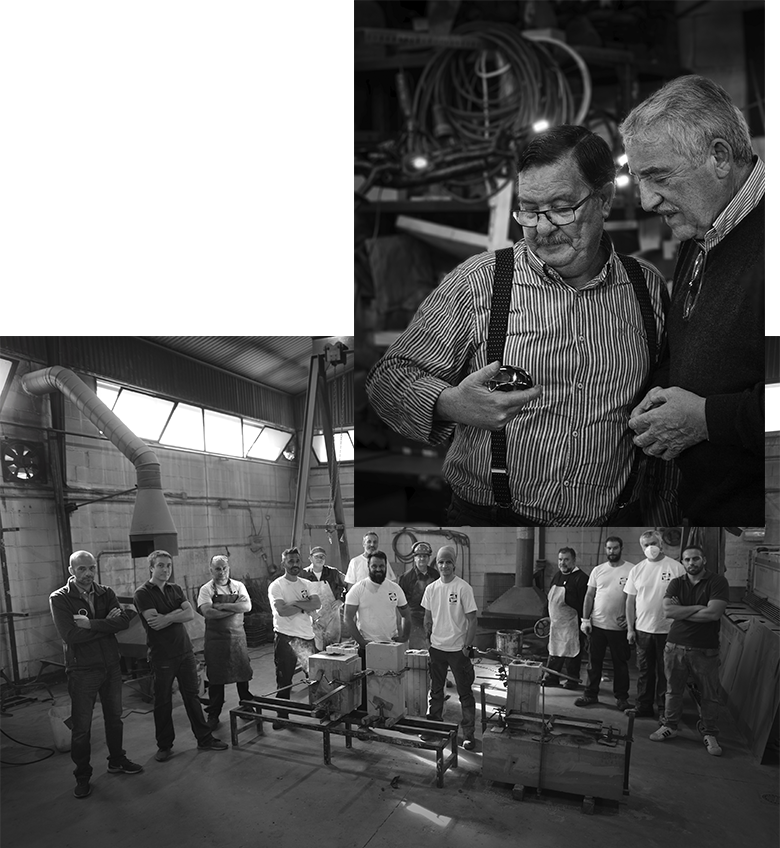 Skill, experience, facilities and commitment to deliver a job that exceeds customer expectations.

It was 1962 when a young José Luis Ponce decided to jump head first into the family business working as an apprentice while completing his draftmanship studies with Austrian engineer Franz Comberger. Thirty years later it would be him introducing his son Javier Ponce, a third generation of the trade, into the world of smelting.

Nowadays, with top tier facilities and the technical and human means to carry out big format commissions our foundry is one of the best in the country for artistic production. More and more international artists find here every year a place to produce their sculpture in a cost effective yet fully professional way. We deal with our custumers in six languages and deliver quality above european standards.

3D scans, resizing, heavy duty bridge cranes, milling, cutting and bending machinery...That versatility has brought to our workshops a very unique mix of traditional artists, organizations, companies and galleries. Our doors are always open to all kinds of projects requiring artistic metal work, regardless technical challenge or difficulty and with confidence in having gathered a formidable group of professionals up to the test.

Our story has been intertwined from the very begining with the most relevant art of the moment. The deep relationship that grew with acclaimed sculptor Pablo Serrano brought to our workshop the sculpture of the very best artists in “El Paso” group. Gerardo Rueda, Eusebio Sempere, Rafael Canogar, Juana Francés…just some of the names that came to work with us during a time in which our ties to the best galeries in the country were already strong. During the seventies and eighties many other legends of Spanish sculpture joined our family. Lorenzo Frechilla, Marcel Martí, Eduardo Arroyo, José Luis Sánchez o Miguel Ortiz Berrocal started to cast with us, commissioning art at our workshop to this day. A good example of that is our dear Rosa Serra, who started to produce for the International Olympic Committe back then, and has given us the opportunity to make a good part of the sculptures in their museums in Lausanne, Seoul or Kuwait.

Years have brought us artists from every trend and country. We have had the privilege of working on pieces by Dalí, placing monuments in far away places like Singapur or Beijing, Working for Tiger Woods at Nike’s Headquarters in Oregon or producing inspiring sculpture for David Nash.

Our project has never left out less known creators and we actively support the work of a handful of sculptor whose moment we believe, still awaits. It fills us with pride to know that tons of bronce and aluminum that once bubbled in our melting pots spreads around the world, showing up year after year at the art capitals of hte world and by the hand of international figures like Manolo Valdés, José María Sicilia, Alexandre Arrechea or Lorenzo Quinn. 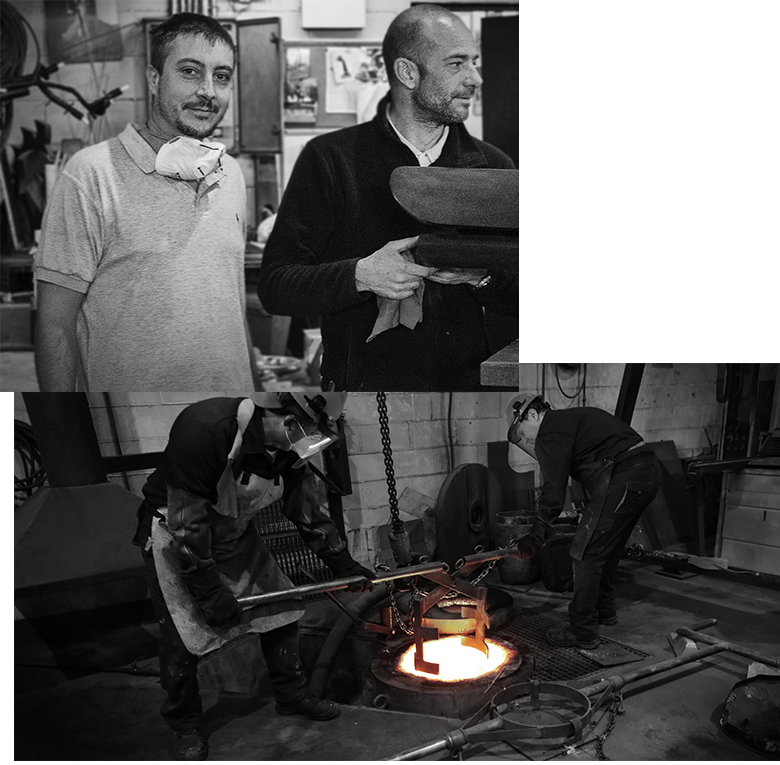